Let me tell you a true story (with names changed to protect the innocent). Bob is in the market for about $125,000 in new commercial equipment. He’s had some harder times, but the new equipment to win a new piece of business he knows he can get will really get him out of the woods. Bob loves the industry leading brand. He takes of pride in being an equipment owner of this brand so he reaches out to his long time dealer relationship and Kim, the rep he works with at the dealer.

Kim, knowing Bob and his affinity for the industry leading brand of equipment she represents, chuckled a bit when she saw the brand of her equipment’s ballcap on the dashboard of Bob’s truck as he pulled into the parking lot. While a veteran salesperson, Kim was already counting the commission on this one. Kim’s conversation with Bob started with what equipment Bob had in mind. Bob, as such a fan of the brand, had an equipment package researched with options, bells and whistles and of course…pretty firm expectations of pricing. Kim snatched up the list and began pricing things out giving Bob a new branded keychain while he waited.

But when Kim quoted the price, Bob was stunned. The price of the equipment has risen nearly 20% over what he had researched. Kim explained about rising costs of materials and something about oil, but Bob’s hearing had shut down. Kim, seeing her commission check sliding away, offered a used equipment package, similar…but far from the same. And then, the phrase commercial equipment sales teams love…I’ll have to think about it. He told Kim he loved the brand, he just needed to “firm some things up”. Kim was still pretty confident. After all—Bob loved the brand.

On the way back to his office, Bob reached out to a respected competitor in shock over the price only to find out the competitor confirmed the experience. Bob took another look at his financial situation and figured he’d need to call his bank but they were “concerned about some credit things” and said the process could take 3-6 weeks. So Bob hit Google. And 2 cigars later, he discovered one of the “other brands” was giving advice about how to handle growth in his industry—even financing for those that have had some challenges. It sounded like they were describing his company. So he reached out to that dealer, just to confirm he didn’t want their brand.

The “other” dealer asked Bob what was going on with his business. They asked about how he acquired, maintained and disposed on similar assets. After having this conversation, the “other” dealer proposed an equipment package that was larger with value added services that met Bob’s needs in a unique way. Then the kicker. They said he could have it for only $2200 per month with no money down—that he could keep his cash and match his payment to his inflows of revenue. They told him they could get beyond the credit challenges with some really innovative partnerships easily and fast. 2 meetings and 4 hours later…the deal was done.

When Kim heard the news and reached out to Bob, he explained that the “other” dealer created a solution not even his fandom of the industry leading brand could create. And when she asked him how much it cost, he simply said $2200 per month. She pointed out that was his finance payment and not the cost, but Bob said he wasn’t sure of the purchase price…and he’d have to look that up.

Cautionary tale? Yep. Deeper knowledge of what someone does drives a custom solution that is marketed with a payment first and voila…done deal. And leading with a payment – even for challenging credit– helps you control the sale. If you’d like to become that “other” dealer, give us a call…we can 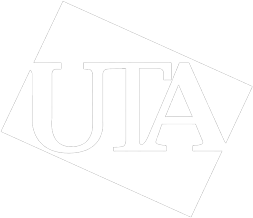